While the Georgia Railroad museum is cool for almost anyone, it’s amazing for little boys. In the weeks preceding our trip we must have watched the YouTube video more times than I’d like to admit at the three year old’s request. It was even comical that when we pulled into Red Gate campground our three year old asked “Where’s the train?” 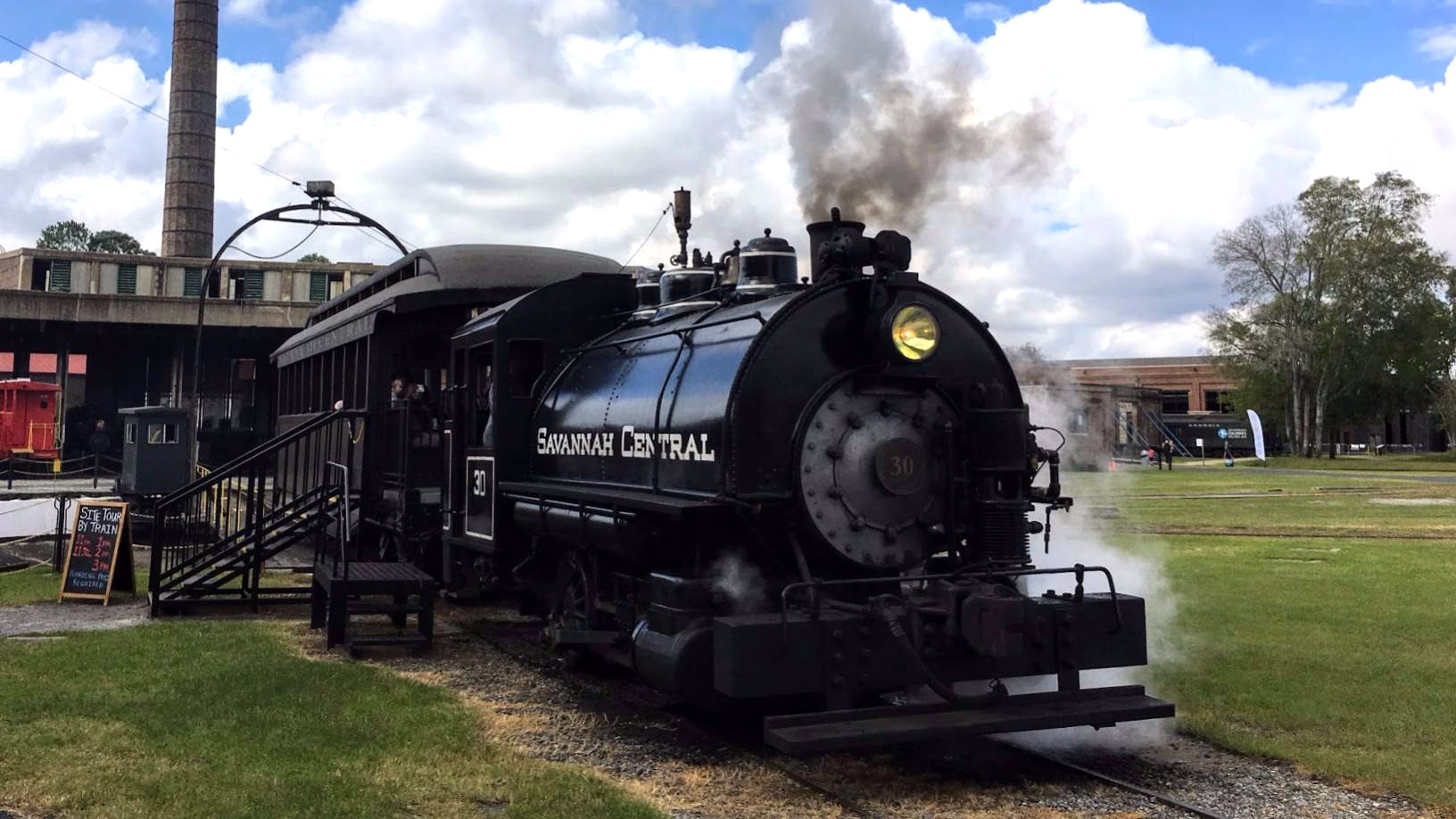 Here’s one of the steam engines - when we visited, the steam engines run on Friday and the weekends. This might change, so if steam is your thing - call to check. Otherwise, it’s diesel for you - they are cooler (temperature-wise) if you plan on riding in the cab.

The Georgia Railroad museum is located in the Historic Downtown area of Savannah and there is parking at the site, so you don’t need to worry about finding a place close. If you get there early enough you can even secure a ride in the engine, it’s an additional cost, but the three year old thought that it was worth every penny. The complex is sprawling and full of brick structures, most of the grounds are open, or at least viewable.

This is among one of the many, many videos on YouTube that we watched and watched over and over again leading up to the trip.

After buying our tickets, we entered into the yard where the main round house and turntable are. Not typically being around trains as Florida is not known for them - the size of them takes you back a little. Luckly the whole site has either paths, grass or gravel, so the war wagon had no issues traversing the site. The only time we had an issue was on the tours of the railroad cars, but that’s to be expected. If you’re not big on tours, you should definitely not skip this one - they’re very informative and you get to see stuff that you wouldn’t see if you just walk around.

After the tour we rode the train - it’s not a long ride but you get to go on the turntable so super cool. After riding the train, we explored the grounds of the Georgia Railroad museum. Back in its hey day it was where all the trains on the line went for repair, so that means that they have all the buildings needed for the maintenance of the engines and cars. There a machine shop, painting building, and giant stack that fueled the fires to power everything.

Aside from the buildings and the trains there’s a pump car - and you can ride it… Yes you read that right, there is a pump car like you’ve seen on all of the morning cartoons growing up and YOU can ride it. We didn’t know this when we first went there, so it was more of a ‘oh.. look they have a pump car’ on our touring of the site. It wasn’t until we were heading for lunch and then zoom goes the pump car full of happy pumpers. Well this changed our plans for lunch, and we promptly got in the line - if you count two groups ahead of us as a line. I still don’t know who had more fun on the pump car - the kids or us.

Finally, if everything else was not enough, at the same site - though a separate ticket is needed - is a giant playground. Complete with a maze, multi-levels of play and other fun stuff. Overall the Georgia Railroad museum is a solid place to visit if you are in Historic Downtown Savannah. We spent about four hours there and only left because of an impending nap time - and nobody messes with nap time!

Links to the other posts in the Savannah series

As 2017 wraps up here's my tech nerd list of books read with a simple read it agian or not rating.

As part of our Camper Maintenance series we review 303 Aerospace Protectant Spray. Focusing on its preformance over the past two years on out camper.